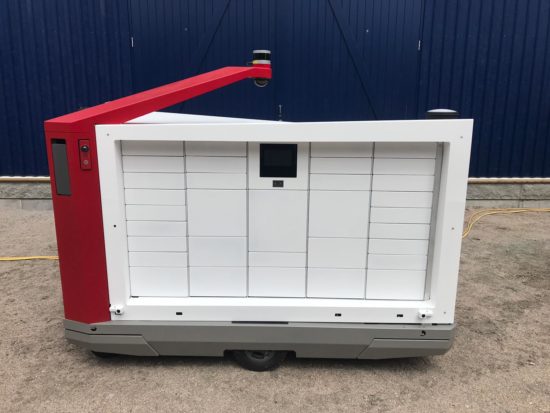 The concept was conceived by the consortium of Norwegian Post (Posten), Buddy Mobility, Kyburz and Last Mile Logistics. The Dutch Last Mile Logistics (LML) from Oisterwijk, which also signed for PostNL parcel safes, provides the technology and electronics to ensure that the right locker opens when the parcel robot is at the door. This can be done via a pin code or via the app. As soon as the robot arrives at the correct address, local residents are notified that a package is waiting in one of the safes. They can then open the addressees themselves via their smartphone, after which the package robot, when empty, drives itself back to the sorting center.

Read the full article on Emerce.nl